The term jiangshi (僵尸) literally means “stiff corpse” in Chinese, perhaps because the term “wobbly corpse” wouldn’t inspire much fear. These Chinese zombies have almost completely succumbed to rigor mortis and so are too stiff to move properly. Instead they must hop around with their arms outstretched in a manner that looks totally cool and is certainly not ridiculous. Okay, it’s ridiculous. Also, they’re blind. And incapable of independent thought or speech. Basically they just kind of suck all round. They locate prey using their sense of smell or by listening out for their breathing. So if you happen to meet a jiangshi, the key is to hold your breath…indefinitely.

They are sometimes referred to as the Chinese vampire, the “hopping” vampire, or the “hopping” zombie because of their penchant for jumping around and draining people’s life force. Yep, unlike vampires, they do not drink blood but instead feed off of the “life force” or qi of their victims. They usually strike at night and spend the day resting in a coffin, hiding in dark places such as caves, or contemplating how pathetic they are.

Some things that can help ward off a jiangshi are: mirrors, as they are terrified of their own reflection; an item made from the wood of a peach tree; a rooster’s call; the hooves of a black donkey; and the blood of a black dog, to name but a few. They also have an obsessive desire to count things. So apparently just throwing a load of objects, such as rice grains, at their feet will halt their path, as they will feel an overwhelming urge to catalogue your useless junk. According to the Chinese practice of feng shui, most Chinese homes are equipped with a comedy oversized wooden threshold on their front doors to prevent jiangshi from entering the house. After all, it’s not like they can just hop over it or anything. Oh wait.

While jiangshi may not seem all that terrifying at first, there are six levels of this creepy bopper that become less laughable and increasingly more dangerous as they go on. They start off as white jiangshi, since they are covered in tiny white hairs. White jiangshi are deathly afraid of sunshine, fire, water, chickens, dogs, people, and…well pretty much anything. They also move incredibly slowly and can be killed very easily. Just pushing them over will apparently do.

However, after a couple of years spent feeding on the life force of ox and sheep, the white hairs on their body turn black. These black jiangshi are still afraid of sunlight and fire, but will boldly confront chickens and dogs. They still take great pains to avoid humans, and will only try to drain their life force once they are asleep. So watch out for that heavy corpse breathing!

Five years later, if the black jiangshi drinks up just enough life force, its black hairs drop off and it starts swiftly bouncing around like some kind of demonic pogo stick. These jumping jiangshi no longer fear any kind of domestic animals and are extremely dangerous. While dogs become deadly silent in their presence, cats will hiss at them with great ferocity. After one hundred years, the jumping jiangshi magically acquires the ability to fly and can also climb trees and high buildings. These flying jiangshi stalk their prey with ease and can drain the life essence from any creature without even leaving a mark. But, on the bright side, at least you won’t have to cover up any hickeys with a ridiculous scarf.

After nearly a thousand years, the flying jiangshi inherits demigod-like status and becomes a ba (魃) or Drought Demon. Ba can shapeshift into any creature, cause droughts, and infect large groups of people with plague. It is thought they can even fly into the heavens to kill celestial dragons. Tens of thousands of years may pass before the ba makes its final transformation and becomes The Demon King. The Demon King enjoys practically godlike status and has virtually limitless powers. It can even challenge heavenly deities so, if you see one, prepare for the end of days.

Jiangshi are normally depicted as stiff looking corpses dressed in official garments from the Qing Dynasty. Their arms are outstretched and they move with a disjointed hopping motion, kind of like a rabbit on LSD. While some jiangshi appear to be just normal people with a fetish for ancient Chinese clothing and an overwhelming desire to hop wherever they go, those who have been left to rot too long before being reanimated may be in a horrifying state of decay.

They have greenish-white skin, perhaps derived from fungus or mould having grown on their corpses or perhaps because they were just filthy people. They have long white hair on their heads and, in some accounts, are portrayed with more bestial features such as claw-like fingernails and a long, prehensile tongue. Sometimes they are shown with a mystical white tag glued to their forehead, as this is the sign that a Taoist priest has reanimated them.

Jiangshi may be the result of several misdeeds, including the use of necromancy to resurrect the dead; the spiritual possession of a corpse; a corpse who has absorbed enough qi to reanimate of its own volition; a corpse who has not received a proper burial after its funeral; a corpse who has been struck by lightning or jumped over by a pregnant cat; and a person whose soul fails to leave their body for various reasons, including an improper death, suicide, or the simple desire to want to ruin other people’s lives for no reason.

Stories of jiangshi began emerging around about the 15th century, during the Ming Dynasty, and were usually related to a practice known as “transporting the corpse over a thousand li” (千里行尸). It was, and still is, commonly believed that a person’s soul would become homesick if they were buried in an unfamiliar place, so it was paramount that the body be brought home for the funeral. Supposedly if someone died far away from home and their relatives could not afford a vehicle to carry their corpse back for burial, they could hire a Taoist priest to conduct a ritual that would reanimate the deceased and incite them to “hop” their way home. These priests would transport several corpses late at night and would ring bells to notify others of their approach, as it was considered bad luck for anyone to set eyes on a jiangshi.

This practice was also called “driving corpses in Xiangxi” (湘西赶尸), as many people left their hometowns to work in Xiangxi Prefecture of Hunan Province. In actual fact, it is commonly thought that corpses would be arranged upright and tied to two long bamboo rods, which would be supported and carried by two men at either end. To the untrained eye, as the bamboo flexed up and down, the corpses would appear to be hopping.

Though the jiangshi may not be the most popular monster in the Western canon, it has graced media of all kinds in the Far East. In fact, in Hong Kong and East Asia, there is even such a thing as a jiangshi genre of film. Without further ado, here are some modern-day references to our bouncy buddy: 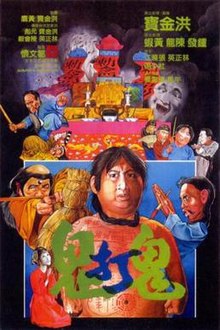 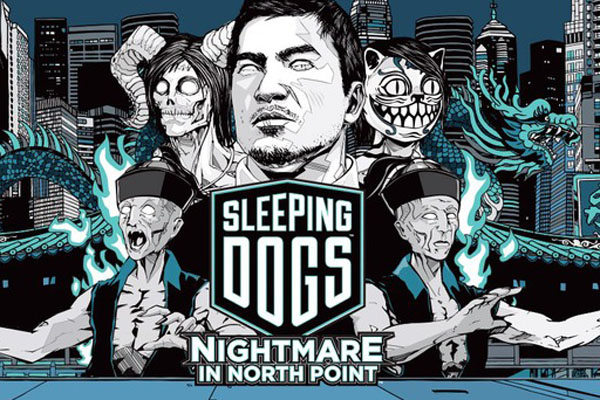 Want to support us so that we can continue creating great horror content? Then sign up to our Patreon.